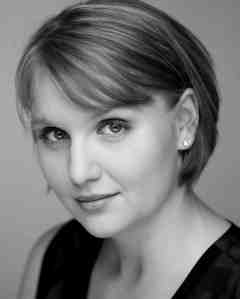 Soprano KATIE ELIZABETH MARTIN is a native of Montana. She earned her Bachelor of Music degree from the University of Montana, Missoula. In 2010, she graduated with the Master of Music in Vocal Arts degree from the USC Thornton School of Music, where she is currently pursuing doctoral level studies.

Katie has received an Encouragement Award at the Metropolitan Opera National Council District Auditions, and she was also a finalist in the 2007 Music Teacher’s National Association competition in Toronto. She has also received first place in several other regional competitions.

Katie will be sharing songs to texts by Emily Dickinson, composed by Aaron Copland and Lori Laitman, as well Samuel Barber’s radiant Hermit Songs, which were first premiered by the operatic legend Leontyne Price.