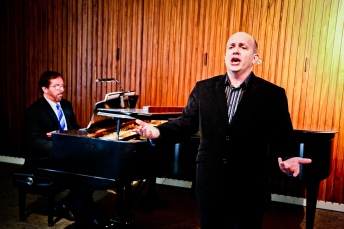 Ives was one of the most original of twentieth century American composers. In more than 100 songs, Ives wove together original melodies, fragments of popular songs and hymns, and harmonies of sweet simplicity or crashing dissonance. There is a pronounced nostalgia in many Ives songs, and sometimes a humorous or ironic note. Two of these songs–“Religion” and “The Cage”–are models of economy, brevity, and harmonic expressiveness.