On Wednesday, April 29, guitarist Taro Wayama and tenor Gerald Seminatore will be hosted by the Friends of Music at the Pasadena Presbyterian Church. The program will include selections by Benjamin Britten, John Dowland, and Franz Schubert. 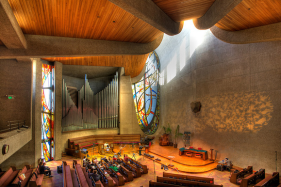 Free admission. Donations to the Friends of Music will be gratefully accepted. 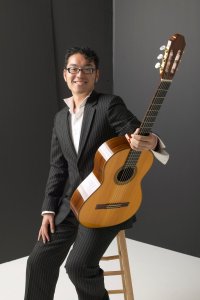 Guitarist and composer Taro Wayama was born in Japan. He earned both the Bachelor and Master of Music degrees from the University of Southern California, where his teachers included Pepe Romero and Scott Tennant. Taro is a winner of numerous competitions, including first place in the Aron Green/American String Teachers Association Guitar Competition, and second place in the Thailand’s International Guitar Competition. As a composer, he received the award for “Best Original Score” at the Los Angeles Movie Awards for his work on the independent film “Anne Jennings.” Taro produces the classical music series for Noble House Concerts in Van Nuys, and he is an active member and performer of the Ventura Classical Guitar Society. He also performs with guitarist Thomas Foster as part of Duo Ex Ovo. The duo works with the Los Angeles Public Library and other libraries and community organizations to promote an interest in live music through concerts, lectures, and teaching activities.

American tenor Gerald Seminatore began his career with professional ensembles including the Handel and Haydn Society, the Boston Early Music Festival, and Emmanuel Music. Operatic engagements in the USA have included the Chautauqua, Dayton, Glimmerglass, Oakland, Santa Fe, and West Bay opera companies. He made his European debut at England’s Aldeburgh Festival, and went on to become a member of the solo ensemble at the Dortmund Opera in Germany. Further engagements in Europe include the Bremen Opera, the opera of Frankfurt am Main, and the Pfalztheater in Kaiserslautern. Gerald’s concert performances have included appearances as a soloist with many orchestras and choral ensembles, and he has many song recitals throughout the United States and Europe to his credit. His work has been recognized with numerous awards, and praised in publications such as the London Times, Opera News, and San Francisco Classical Voice.