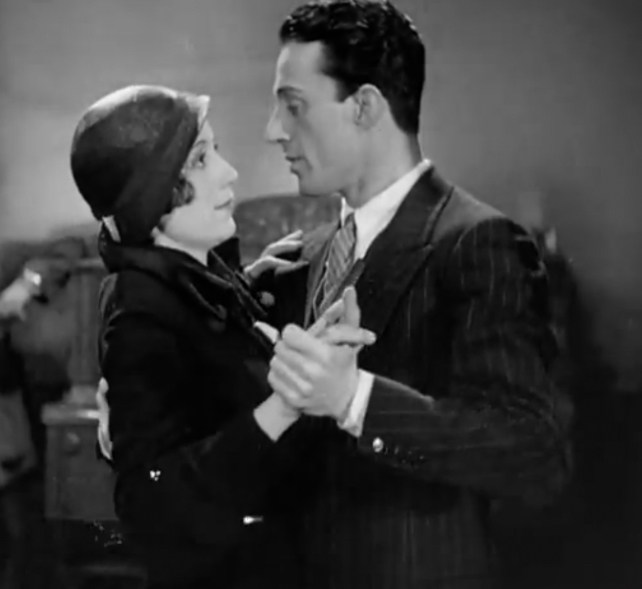 A musical investigation of desire. You may hear an operetta duet, a familiar or unknown musical theater selection, an Italian popular song, or even a country and western trio.

RON BARNETT is Director of Music and Sacred Arts at Saint Mark’s Episcopal Church, Glendale. In addition to his work as an organist, choir director, and keyboard artist, Ron is active as a composer. His full-length musicals as composer include: Manson’s Girls with book by Scott Guy, lyrics by Mitch Glaser, which won a “Pick of the Fringe” award and the ALNM Award for Outstanding Songwriting during the Hollywood Fringe Festival 2018; A Christmas Carol with book by Barry Kornhauser, published in 2013 by Dramatic Publishing Company, and; When Butter Churns to Gold, which premiered in 2015 at Northern Sky Theatre in Door County, WI. His choral music is published by MorningStar, GIA, and Lorenz. Ron is currently a member of New Musicals Inc. in North Hollywood. Along with lyricist Greg Edwards, he was a finalist for the 2010 and 2012 Fred Ebb Prize.

Venezuelan-American singer BERNARDO BERMUDEZ has recently begun to essay roles and repertoire for the tenor voice. He is a long-time crossover performer with a wide repertoire of songs in English and Spanish. As a lyric baritone, his roles have included Figaro in Il barbiere di Siviglia, Stanley Kowalski in A Streetcar Named Desire, Diego Rivera in Frida, Silvio in Pagliacci, Escamillo in Carmen, Valentin in Faust, Belcore in L’elisir d’amore, the title role in Don Giovanni, Papageno in Die Zauberflöte, Count Almaviva in Le nozze di Figaro, Vidal Hernando in Luisa Fernanda, and Schaunard in La Boheme. He participated as a voice fellow in summer festivals at The Music Academy of the West, Opera North, and Opera NEO. Bernardo was a finalist in the Burbank Philharmonic Hennings-Fischer Opera Competition, an Opera Buffs Grant recipient, a semifinalist in the Loren L. Zachary National Vocal Competition, a recipient of the Doug Acker Memorial Vocal Scholarship, and a winner in the Virginia Hawk Vocal Competition. (www.bernardobermudez.com)

The Los Angeles Times hailed soprano ARIEL PISTURINO as “an impressive young discovery” following her debut performance as Nancy T’ang in Long Beach Opera’s production of Nixon in China. An advocate of contemporary works and collaborations with composers, Ariel performed the role of the Lover in The Industry’s nationally acclaimed production of HOPSCOTCH, and created the role of Laurie in Mark Abel’s opera Home is a Harbor, released on Delos Records. She also collaborated with Abel on his song cycle Five Rilke Songs for the album Terrain of the Heart, also on Delos. Recently, Ariel created the role of Rosina Brandram in a newly written Gilbert and Sullivan review Hail Poetry with Opera a la Carte. She also premiered a new song cycle, Dewdrops, by Alex Miller.

Ariel co-founded the performance troupe Chamber Opera Players of Los Angeles (COPLA) and the summer concert series unSUNg, focusing on new and unknown vocal music. Highlights of her work with COPLA include the commission and premiere of The Last Silent Voice by George N. Gianopoulos, and performances of Ned Rorem’s Three Sisters who are not Sisters. Other credits include her performances with Long Beach Opera in Ernest Bloch’s Macbeth, the premiere of the electronic opera The Master and Margarita by Russian composer Gamma Skupinsky, and the premiere of the oratorio Circular 14: The Apotheosis of Aristides by Neely Bruce.

The American tenor GERALD SEMINATORE’s first public appearances were in musical theater roles, and as a cover band singer. He began his professional musical career with ensembles including the Handel and Haydn Society, the Boston Early Music Festival, and Emmanuel Music. After completing his formal training, he went on to operatic engagements with the Chautauqua, Dayton, Glimmerglass, Oakland, Santa Fe, and West Bay opera companies. Gerald made his European debut at England’s Aldeburgh Festival, and then went on to become a member of the solo ensemble at the Dortmund Opera in Germany. He was also a frequent guest artist at the Frankfurt am Main Opera, the Rheinland Pfalz Theater in Kaiserslautern, and the Bremen Opera. His operatic repertoire has embraced a wide range of roles in works by Handel, Mozart, Donizetti, Chausson, Janáček, Britten, Stravinsky, Strauss, and others. His concert performances have included appearances with many orchestras and choral ensembles. Gerald’s singing has been recognized with numerous awards, and praised in publications such as the London Times, Opera News, and San Francisco Classical Voice. Recent collaborations include recital appearances with pianist Brian Moll in Boston, and with guitarist Taro Wayama in Los Angeles. Gerald is a teacher of vocal and performance techniques for college age and pre-professional singers and is currently a member of the Vocal Arts faculty at Georgia Southern University.